Mars Hasn't Been This Close To Earth In Over A Decade 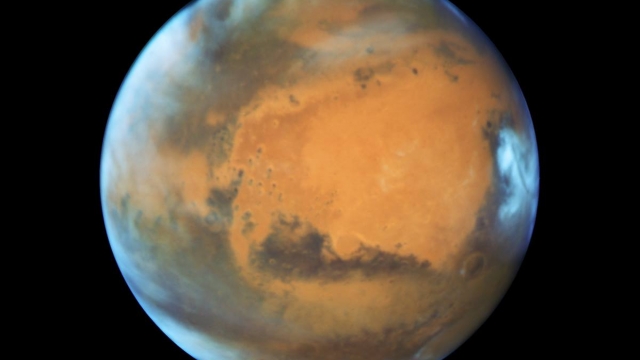 SMS
Mars Hasn't Been This Close To Earth In Over A Decade
By Ben Lawson
By Ben Lawson
May 21, 2016
Don't miss it because it won't be this close again until July 2018.
SHOW TRANSCRIPT

Saturday night, Mars will appear to be the brightest it's been in more than 10 years.

The red planet will be within 48 million miles of Earth from May 21 until June 12. The last time it was this close was in November 2005.

Mars passes close enough to Earth to be seen every other year. It's called Mars opposition because the planet appears to be directly opposite of the sun, near the moon in the sky.

The Hubble Space Telescope has already taken advantage of Mars' proximity and snapped a new photo that shows the planet's frosty polar caps and cloudy skies.

This isn't the closest Mars has ever been to Earth. In 2003, it was under 35 million miles away. It will pass by Earth at about that range again in July 2018.

This video includes images from NASA and Sky and Telescope.