Mars Dried Out Because Its Magnetic Field Is So Weak 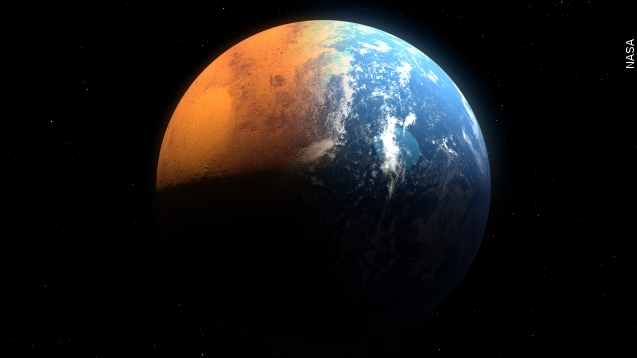 SMS
Mars Dried Out Because Its Magnetic Field Is So Weak
By Steven Sparkman
By Steven Sparkman
November 5, 2015
Mars once had oceans, but its magnetic field just wasn't strong enough to keep the atmosphere - and most of the water - from blowing away.
SHOW TRANSCRIPT

How did Mars go from wet to dry?

Earth's powerful magnetic field shields the atmosphere. But with its weak field, Mars takes the full brunt. (Video via NASA)

So the atmosphere blew away and so did most of the water. (Video via NASA)