Mars And Pluto Have Some Common Traits With Earth 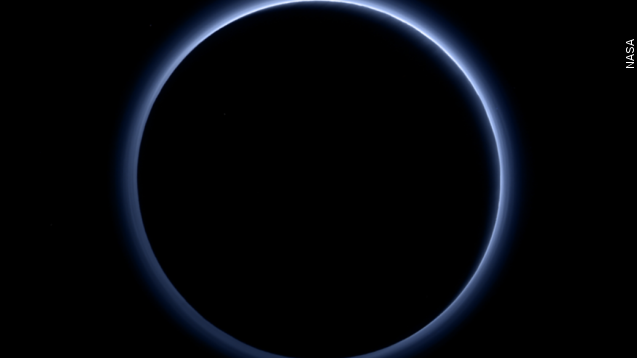 SMS
Mars And Pluto Have Some Common Traits With Earth
By Bell Johnson
By Bell Johnson
October 8, 2015
Home away from home: Scientists have discovered that Mars used to have long-lasting lakes and Pluto has blue skies.
SHOW TRANSCRIPT

It continues to be a good time for space news. New data from NASA probes has pinpointed some ways that the planets in our solar system are similar to Earth.

Starting off closer to home, NASA's Curiosity rover has found that ancient Mars had long-lasting lakes.

We already knew about water on Mars, but according to data released in a new study, the Gale crater held a series of freshwater lakes that would repeatedly die out before refilling. But they could have been around for up to 10,000 years, which is just enough time to possibly sustain life.

One of the researchers in the study told The Guardian, "On Earth we know that water is an essential ingredient for forming or sustaining life. If the same was true for Mars, the presence of long-standing lakes could have been an ideal environment for life to take hold."

Moving across the galaxy, NASA has also discovered that Pluto is exhibiting some of its own Earth-like characteristics — namely, blue skies!

Through NASA's New Horizons spacecraft, scientists have found that the red and gray particles in Pluto's atmosphere are scattering the sunlight in blue wavelengths. This is similar to how and why Earth's skies are blue.

The discovery will help researchers determine the size and composition of the molecules in Pluto's atmosphere.