Marley Lawsuit Will Give Celebrities More Control Over Image 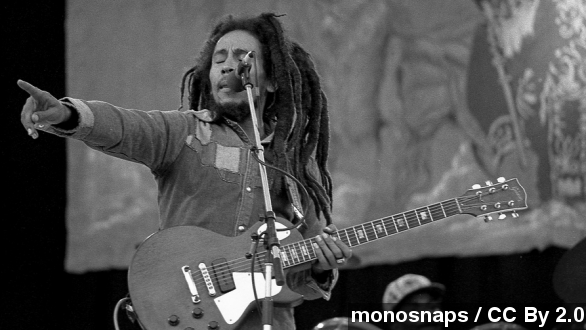 SMS
Marley Lawsuit Will Give Celebrities More Control Over Image
By Ben Lawson
By Ben Lawson
February 22, 2015
Bob Marley's estate has won a lawsuit that could help celebrities control how their image is used on T-shirts and other merchandise.
SHOW TRANSCRIPT

An appeals court has handed down a victory to celebrities looking to control how their images are used on merchandise.

Clothing maker A.V.E.L.A. must pay Bob Marley's estate more than $2 million in damages for the unlicensed use of his image on T-shirts sold in Target, Walmart and other larger retailers. (Video via WABC / "Like It Is")

A.V.E.L.A. unsuccessfully appealed the 2011 ruling, saying it was an overreach and would give someone a federal right to their own publicity, but judges ruled that the plaintiffs were protected under state regulation.

To win the case, the estate had to prove that the use of Marley's image led to confusion for consumers who may have believed Marley's estate endorsed the product.

The key argument was a survey showing more than one-third of respondents believed that since Marley was on the shirt, he or his estate had signed off on the product. (Video via BobMarley.com)

But a judge wrote in the ruling that consumer confusion wasn't enough to win a false endorsement claim alone but "A finding of actual confusion ... must be supported by some evidence that the confusion could have had an impact on the consumers' purchasing decisions."

The Marley estate has recently been putting its copyright to use on all sorts of products, everything from coffee to an official blend of marijuana dubbed Marley Natural.

This video contains an image from monosnaps / CC By 2.0.