Mark Zuckerberg Wants To Talk To You About Books 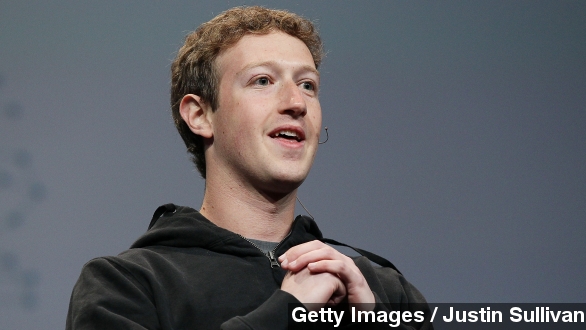 Turns out Oprah’s not the only one with the power to get loads of people to buy new books.

There’s a new book club president in town. Mark Zuckerberg — in a post on Facebook, of course — announced his “challenge for 2015.”

Zuckerberg wants to read a new book every other week, and he’s inviting the whole of Facebook to join him.

And yes, there’s a Facebook page devoted to the challenge. It’s called “A Year of Books,” and the Facebook CEO says he’ll be documenting the challenge, a la book club.

“Please only participate in the discussions if you've actually read the books and have relevant points to add. The group will be moderated to keep it focused.”

Zuckerberg says all the books he reads this year will “emphasize learning about new cultures, beliefs, histories and technologies.”

So, what’s up first? “The End of Power,” a book about the decay of power — be it political, governmental, corporate, religious, etc.

Get ready; here’s where that aforementioned Oprah comparison really comes into play.

A writer for Re/code ponders the power of the “Zuckerberg bump,” i.e. a sales boost based on an endorsement from Mark Zuckerberg.

And it appears to be pretty powerful. A few short days after announcing his new initiative, and the book is already “temporarily out of stock” on Amazon.

Unless you’ve got a Kindle — e-books have a funny way of never really running out. (Video via Amazon)

If you’re interested in joining the discussion, Amazon, of course, isn’t the be-all-end-all source for books. The book can be found at a number of other retailers.