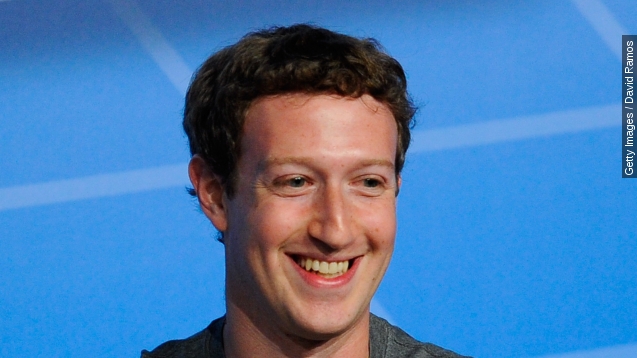 SMS
Mark Zuckerberg Voices Support For Muslims
By Melissa Prax
By Melissa Prax
December 10, 2015
"As long as we stand together and see the good in each other, we can build a better world for all people," Zuckerberg posted on Facebook.
SHOW TRANSCRIPT

If you've spent any time on social media lately, it's a pretty sure bet you've seen examples of Islamophobia.

And while many are voicing those opinions on Facebook, Mark Zuckerberg is using his platform to do the opposite. (Video via Vanity Fair)

On Wednesday he wrote, "I want to add my voice in support of Muslims in our community and around the world." He referenced his Jewish background, saying he was taught to stand up "even if an attack isn't against you today," and he offered his support to "fight to protect your rights and create a peaceful and safe environment for you."

Interestingly, Zuckerberg didn't mention Donald Trump, whom many see as a face of current xenophobia and who earlier this week said he would ban all Muslims from the entering the country if he were elected. (Video via CNN)

Zuckerberg closed his post in new-father fashion, saying, "Having a child has given us so much hope, but the hate of some can make it easy to succumb to cynicism. We must not lose hope. As long as we stand together and see the good in each other, we can build a better world for all people."