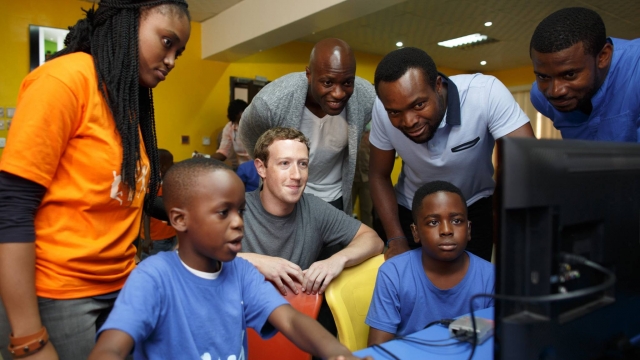 By Melissa Prax
September 1, 2016
Facebook CEO Mark Zuckerberg visited Nigeria for the first time to see what its tech culture and startups were all about.
SHOW TRANSCRIPT

Nigeria is in a recession, but the country's startups and tech scene could push its economy forward.

Facebook's founder Mark Zuckerberg seems to think so. He recently visited the sub-Saharan country for the first time.

"I wanted to come to Lagos first because of the vibrant developer and entrepreneurial ecosystem that you guys have here," Zuckerberg said.

SEE MORE: Mark Zuckerberg Gave The Pope A Drone Model As A Gift

Lagos is Nigeria's largest city, and some have dubbed it "Africa's Silicon Valley." That's because the city boasts several up-and-coming startups along with financial potential for international companies.

Yet, there are some road blocks for the tech scene in Nigeria, like funding and internet access.

That last issue is something Zuckerberg is trying to change.

"Some places, there isn't a good cellphone signal, so we're launching satellites into space to beam down internet, and we're building solar-powered planes that can fly over rural areas," Zuckerberg said.

As for funding, earlier this year The Chan Zuckerberg Initiative put millions of dollars into training more engineers in Nigeria.