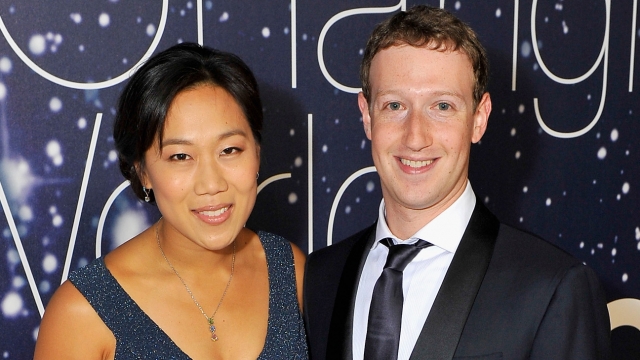 SMS
Mark Zuckerberg And Priscilla Chan Want To Cure Every Single Disease
By Briana Koeneman
By Briana Koeneman
September 22, 2016
The couple pledged more than $3 billion to help cure, prevent or manage all diseases that affect us now.
SHOW TRANSCRIPT

During an event for the Chan Zuckerberg Initiative on Wednesday, Priscilla Chan and Mark Zuckerberg pledged more than $3 billion to help make all disease treatable — or at least manageable — by the end of the century.

"Can we ease the suffering of many by curing, preventing or managing all diseases that affect us now?" Priscilla Chan asked.

A press release from the initiative says they will invest the money over the next 10 years.

Chan and Zuckerberg's plan has been compared to Calico, a Google-backed biomedical company that's studying how to slow aging.

But many are praising the initiative's effort as a step in the right direction for scientists.

As a writer for The Washington Post put it, "As more Silicon Valley entrepreneurs like Zuckerberg are seeking to make their mark in the biological sciences, they are emphasizing the power of collaboration and openness."

The Chan Zuckerberg Initiative has backed several other causes, including a startup that trains developers in Africa and a program that gives San Francisco Bay Area teachers money for school supplies.