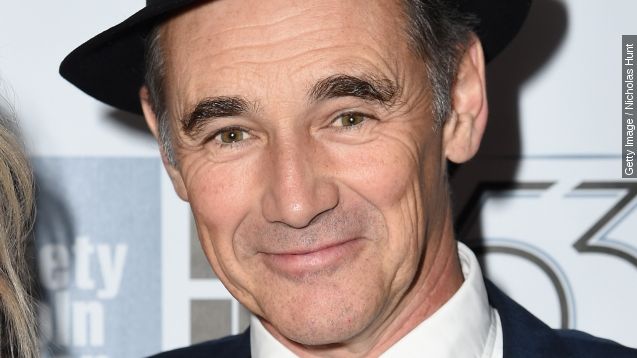 SMS
Mark Rylance: Acclaimed Theater Actor Turned Mainstream Film Actor
By Lexie Hammesfahr
By Lexie Hammesfahr
December 29, 2015
Rylance seems to be landing roles in every major movie right now. He may be new to film, but the esteemed actor has an impressive theatrical past.
SHOW TRANSCRIPT

Thanks to some overzealous journalists in France, we now know what Christopher Nolan's next film will be. It's an action film called "Dunkirk," and it's set during the evacuation of the French city during World War II.

And not only did we learn the name of the film, we learned who might join the ensemble cast. Tom Hardy, Kenneth Branagh and Mark Rylance are reportedly in negotiations.

OK. Tom Hardy is a big name. Kenneth Branagh is a multiple-Oscar-nominated actor. But you might not be as familiar with Rylance unless you are a theater buff.

Rylance — a three-time Tony award winner and two-time Laurence Olivier award recipient — is one of the most acclaimed stage actors in the world.

If he's so acclaimed, then why hasn't he transitioned to film? In truth, he has, but not in any major roles or movies.

Steven Spielberg put it simply in an email to the Christian Science Monitor: "Seldom has an actor been around for so many distinguished years on the stage and yet had not been fully discovered for the screen."

In a twist of irony, Rylance turned down a role in Spielberg's 1987 film "Empire of the Sun." So maybe that's why the director is capitalizing on Rylance so much for his films as of late. And it's paying off.

For his role in Spielberg's "Bridge of Spies," Ryland is up for a SAG award and a Golden Globe. And according to Gold Derby, he's the favorite in the Supporting Actor category.

Plus, he's bringing Roald Dahl's Big Friendly Giant to life in Spielberg's "The BFG" in 2017.

Rylance also won critical acclaim for his role in PBS' "Wolf Hall." He received SAG and Globe nods, as well as an Emmy nomination, for his lead role as Thomas Cromwell.

For someone who felt like he wasn't "personally really ready for [film]," it certainly seems like he is now.