Marissa Alexander Out On Bond For Thanksgiving 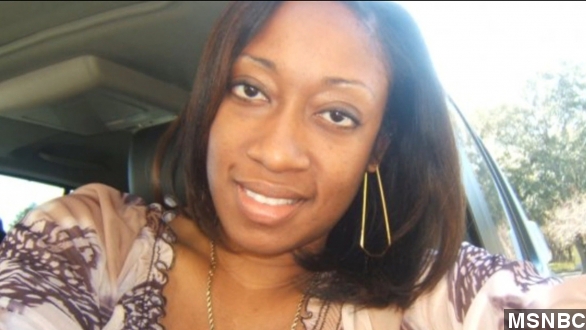 SMS
Marissa Alexander Out On Bond For Thanksgiving
By Cliff Judy
By Cliff Judy
November 28, 2013
Woman who fired what she called a warning shot at an abusive husband is released from jail two months after a judge threw out her conviction.
SHOW TRANSCRIPT

Marissa Alexander is home for Thanksgiving. The woman whose warning shot case drew many media comparisons to George Zimmerman's trial posted bond just in time for the holidays.

"Marissa Alexander was released from jail on a $200,000 bond just before midnight last night. Alexander was facing 20 years in prison, but was granted a new trial." (Via WFTV)

Police arrested Alexander three years ago after she told them she fired a warning shot at her estranged husband, who she said was abusive. (Via First Coast News)

Alexander's case drew national attention not just because of those circumstances, but her sentencing happened within months of Florida teen Trayvon Martin's death. (Via WTEV)

The teen died during an altercation with George Zimmerman, a man working as a security officer in Sanford, Florida. Both cases tested Florida's "stand your ground" law. (Via New York Daily News)

Those who wanted a conviction for Zimmerman argued the two cases showed injustice — a person who killed someone walked free while another who didn't physically harm anyone went to prison.

In Alexander's case, a judge threw out her conviction in September saying jury instructions were erroneous. Her attorney told MSNBC Alexander spent more than 1,000 days in jail since her arrest. (Via MSNBC)

The Free Marissa Now Mobilization Campaign released this statement following her release. "We are thrilled that Ms. Alexander will be able to prepare for her new trial amid the support and love of her children and family from whom she has been separated far too long."

Alexander had to post $200,000 bond. A judge set her retrial for March of next year.