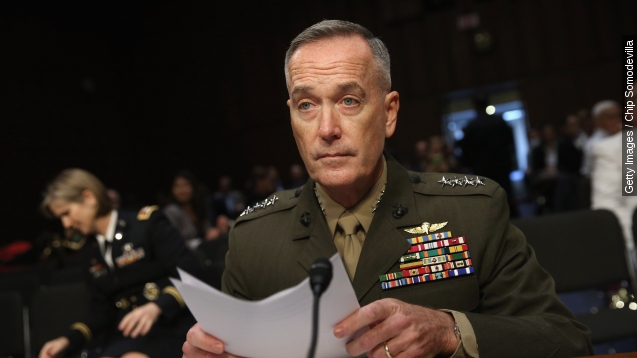 The discussion over whether women should be allowed to serve in front-line combat jobs has been ongoing. The report comes as other branches of the military — like the Army and Navy — have opened up to the idea of women in combat. (Video via NBC)

The Secretary of the Navy spoke out against denying women the opportunity to compete for combat positions after a Marine Corps study suggested all-male squads performed better than mixed-gender squads.

"I've been pretty clear about this for a while – I'm not going to ask for an exemption for the Marines. It's not going to make them any less fighting effective. In fact, I think they will be a stronger force, because a more diverse force is a stronger force," Secretary of the Navy Raymond Mabus said.

Mabus' opinion, as Navy secretary, could be important considering the Department of the Navy includes the U.S. Marine Corps.

The Pentagon previously announced plans to open military combat positions to women by January 2016, unless a service seeks an exception.