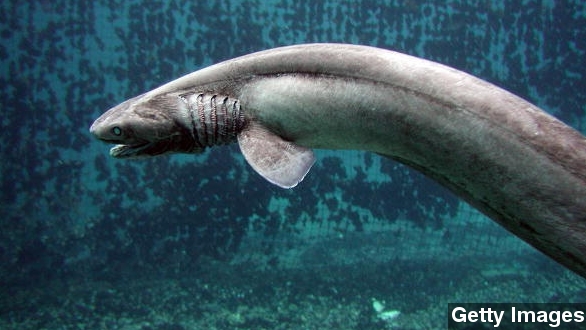 There's a catalogue listing the hundreds of thousands of different types of marine life in the world, and just last year, it added a little more than 1,400 species. (Video via National Oceanic and Atmospheric Administration)

The list — called the World Register of Marine Species — is the brainchild of marine science professor Dr. Mark Costello.

"I started the project in Europe, when I was based in Ireland. And we wanted to collaborate in Europe, and one of the problems was that we were using different names for the same species in different countries," Costello told the Accelerating Science Awards Program.

So the significant thing here isn't that the list has expanded by 1,400 species but that it's been shortened.

The register lists 228,445 different organisms, a number that's about half of what it was before the duplicates were identified and removed.

There are often hundreds of different common names for the same species. Let's take a common freshwater crayfish — or crawfish, or crawdad —species, which has the scientific name Procambarus clarkii, but is known variously as the red swamp crawfish, the red swamp crayfish, the Louisiana crawfish or the mudbug.

That's normal and doesn't interfere with anything. But problems arise when you have multiple scientific names for the same species because it hinders collaboration. (Video via GoPro)

A common catalogue of all the aquatic species on the planet is important because bodies of water, the oceans in particular, are one of the biggest sources of previously undiscovered species. We've explored so little of them there's still a lot to find. (Video via National Oceanic and Atmospheric Administration)

So a common database streamlines the process of identifying a new species, like this Araguaian river dolphin from Brazil, identified last year.

Because scientists have been classifying animals for centuries, it's taken the researchers at the World Register eight years to pare down the 419,000 different species names recorded across the world.