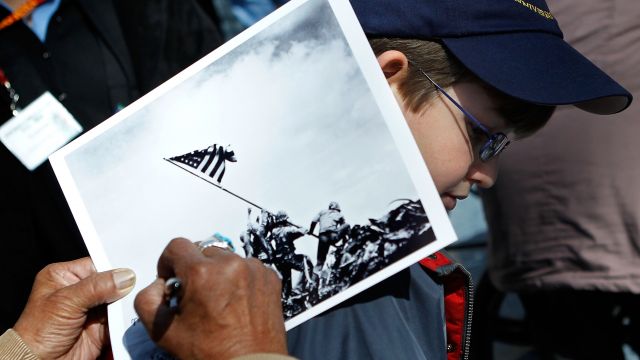 The Marine Corps says it accidentally misidentified one of the men in an iconic photo from World War II.

One of the men was originally thought to be Navy corpsman John Bradley. Bradley's son eventually wrote a book about the photo called "Flags of Our Fathers," which was eventually made into a movie.

During this latest investigation, the Marines found that Bradley wasn't actually in the photo at all.

Instead, the Marine Corps says the man has been identified as Pvt. 1st Class Harold Schultz.

While the Marines might've solved the mystery of who was in the photo, we might never know why Schultz kept quiet for so many years.

Schultz reportedly died in 1995, and a woman close to him said she only heard him bring up the moment once. One Marine Corps historian said, "I think he took his secret to the grave."

This video includes clips from the U.S. National Archives and Paramount Pictures / "Flags of Our Fathers" and an image from Associated Press / Joe Rosenthal.