NFL Could Start Using Marijuana To Relieve Its Players' Pain 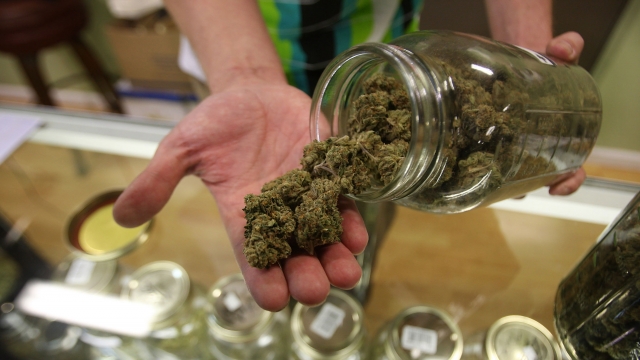 In the future, NFL players could be setting aside opioid painkillers in favor of marijuana.

The NFL Players Association announced Wednesday it's setting up a committee to look into using medical marijuana as a pain management tool.

So now 28 states and Washington, D.C., approve it — half of which are home to an NFL team.

Some medical marijuana advocates say cannabinoids are the better option for pain management because opioids can be so addictive.

The American Society of Addiction Medicine reported almost 19,000 people died in 2014 from overdoses related to prescription painkillers. Though it should be noted that the U.S. Drug Enforcement Administration still classifies marijuana as a Schedule I drug, meaning it has "a high potential for abuse."

But it's unlikely your favorite player will be trading painkillers for weed anytime soon — even if the committee decides to recommend cannabis use for pain management, it still has to get the NFL to sign off. The league currently prohibits players from using marijuana.