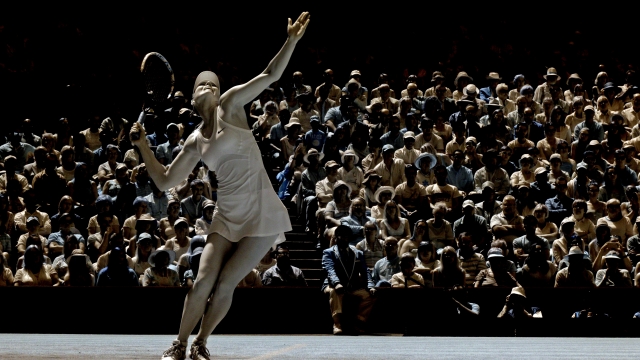 SMS
Maria Sharapova Won't Be Winning A Gold Medal Anytime Soon
By Ryan Biek
By Ryan Biek
July 11, 2016
A decision on her suspension from tennis has been pushed back to September.
SHOW TRANSCRIPT

Maria Sharapova won't have a chance at an Olympic gold medal this August.

The tennis star is fighting a two-year ban for doping, and a ruling was supposed to be ready as soon as next week. Instead, Sharapova and the International Tennis Federation have agreed to push the decision back to September.

That means the Russian tennis star will definitively be sitting out of the 2016 Summer Olympics that begin in August.

Sharapova and the ITF said they needed more time to prepare their cases, so the two sides agreed on delaying the ruling.

Sharapova tested positive for meldonium at the Australian Open in January, a little more than two weeks after it was officially banned.

She said in March she takes full responsibility for the failed drug test, but also said she was unaware at the time the drug had been banned. It was originally made for heart patients, and Sharapova claims to have taken it since 2006 for her health, not performance enhancement.

The delayed ruling means Sharapova will also miss the U.S. Open taking place after the Olympics.

This video includes clips from the Wall Street Journal, European Patent Office via CNN, ABC, NBC and CBC, and images from Getty Images.