Marco Rubio Is Heading Back To The US Senate 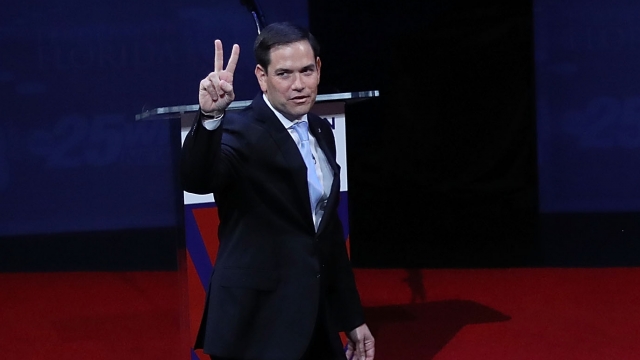 SMS
Marco Rubio Is Heading Back To The US Senate
By Eugene Daniels
By Eugene Daniels
November 8, 2016
Rubio had previously promised not to run for re-election after joining the White House race.
SHOW TRANSCRIPT

Marco Rubio is headed back to the U.S. Senate. He beat Democrat Patrick Murphy (by a lot) in Florida.

Rubio had promised not to run for re-election after joining the White House race.

But after losing his home state in the primaries, Rubio dropped out and made another run for his Senate seat.

He won't say whether he's eyeing 2020 for another White House run.

"I'm done giving these unequivocal answers about anything of the political nature," Rubio told Fox News.