The Birds That Prey On Dead Animals Are Dying Out Themselves 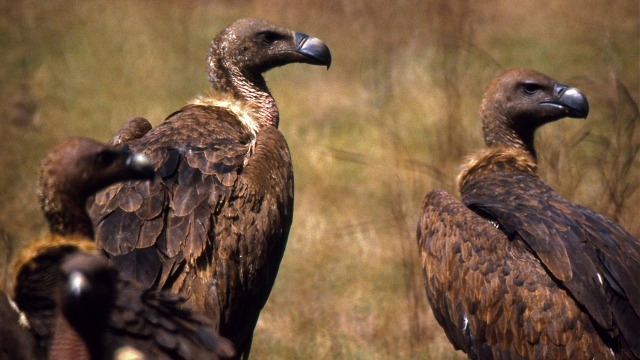 SMS
The Birds That Prey On Dead Animals Are Dying Out Themselves
By Ethan Weston
By Ethan Weston
October 19, 2016
Humans are killing off vultures — accidentally and on purpose.
SHOW TRANSCRIPT

Over half of the world's vulture species are listed as endangered or critically endangered.

It's probably not a surprise, but humans are the main culprit behind the deaths of these large birds.

A bovine painkilling drug that stuck around in cows after they died would kill vultures that ate it.

In Asia, that painkiller nearly wiped out three species of vulture in just 15 years.

Countries finally began banning the drug in 2006, but versions of the drug used on humans are still used to illegally treat animals.

Believe it or not, vultures disappearing could actually have an affect on human health.

Vultures are carrion feeders — in other words, they eat dead things. Which sounds gross, but it's actually incredibly important.

Uneaten livestock carcasses can be a breeding ground for disease. Vultures eat the dead animal and prevent the spread of disease.

The decline of vultures in India might also be responsible for the increase in dog populations because the dogs eat the same carrion. India has the highest rate of human rabies in the world, and the main source of rabies in India is dog bites.

Vultures' digestive systems are so strong that they kill a lot of the disease in carrion that would affect humans or other animals.

Conservation groups are trying to save this animal, but it will be challenging — vultures have a mortality rate of 90 percent in their first year of life.