Many Don't Know They Have Alzheimer's, But Their Doctors Do 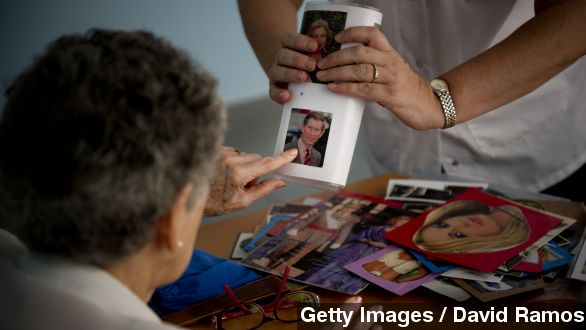 SMS
Many Don't Know They Have Alzheimer's, But Their Doctors Do
By Jamal Andress
By Jamal Andress
March 24, 2015
According to a new study by the Alzheimer's Association, more than half of those who have the degenerative brain disease aren't told by their doctors.
SHOW TRANSCRIPT

"One disease, millions of lives disrupted."

Alzheimer's disease is one of the most devastating diagnoses to hear. But does that mean patients should be kept in the dark about whether or not they have it? (Video via Alzheimer's Association)

According to a new study by the Alzheimer's Association, that's the case for more than half of people who have the degenerative brain disease.

The association studied Medicare data from 2008 to 2010 for more than 16,000 patients. Researchers analyzed that data to see who received Alzheimer's-specific treatment and whether those patients said they knew they had the disease. Fewer than half reported being given a diagnosis by their doctors.

The report says doctors who don't disclose the diagnosis to their patients are primarily worried about the same thing: causing emotional distress. Ironically, these same doctors are aware of the benefits that come with a truthful diagnosis.

Alzheimer's Association researcher Keith Fargo told Time, "What struck us was that physicians generally understand the positive benefits of disclosing the diagnosis, and agree with those benefits."

This trend among doctors — treating patients but not disclosing the diagnosis — is apparently not a new one.

Today, the disclosure rate among doctors for the four most common cancers is at 90 percent, but according to the new report, that percentage was "disturbingly low" back in the '50s and '60s. (Video via YouTube / BioDigital)