Many Cosby Accusations Might Be Too Old To Prompt Charges 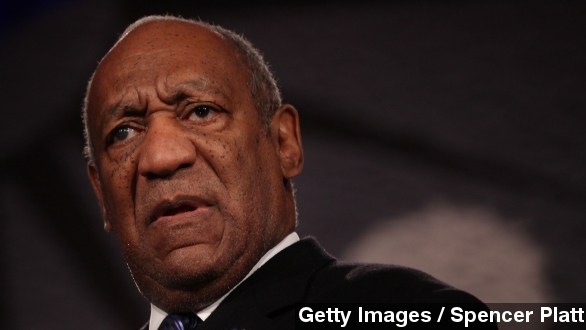 SMS
Many Cosby Accusations Might Be Too Old To Prompt Charges

By Ben Lawson
November 23, 2014
With the statute of limitations long expired for most of the accusations against Bill Cosby, the comedian could very well avoid criminal charges.
SHOW TRANSCRIPT

The accusations against Bill Cosby continued Sunday when a long-retired NBC employee told the New York Daily News Cosby used him to deliver monthly payments to eight different women in 1989 and 1990.

That man, Frank Scotti, did not have any proof of wrongdoing on the part of Cosby but said this: "Why would I be sending some woman $2,000. It's suspicious. Giving money to people made me suspicious, because I didn't know what it was for."

Over the past few weeks a long list of women have come forward accusing Cosby of sexual assault.

But for all these damning claims hurled at Cosby, no new charges have been filed. And legal experts say it's unlikely there will be any because it's simply too late.

"All of this might have very well happened but it was years ago and we have something called a statute of limitation, which means you have to bring the criminal charges or the lawsuit within a certain period of time. That time is pretty much long past," said Loylola Law School professor Lauire Levenson.

Most of the accusations against Cosby go back to when The Cosby Show was still on the air in the '80s, and some date even further back than that.

There is at least one alleged instance for which Cosby could still be criminally charged. In 2005, Andrea Constand attempted to file charges in Pennsylvania against Cosby over an alleged assault that occurred the year before, but prosecutors said there wasn't enough evidence for a case.

But the statute of limitations for sexual assault in Pennsylvania is 12 years, which means Cosby could still be charged.

The Daily Beast says that explains Cosby's silence when asked about the allegations, writing, "If he were to confess, he could well be prosecuted for his crimes."

Constand did file a civil case against Cosby and settled out of court. Most of Cosby's other accusers don't have that option because statutes of limitation also apply to civil action.