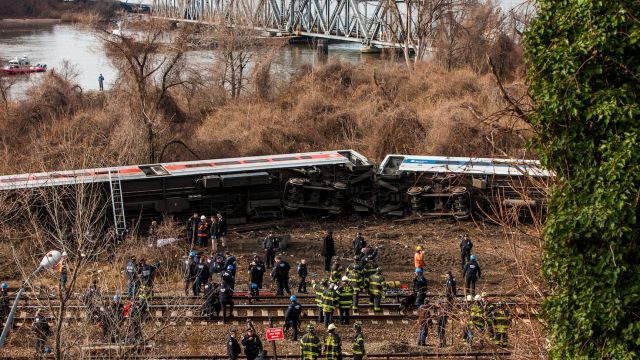 Nodding off at work is a problem no matter what your job is. But when you're at the controls of a very heavy vehicle traveling very fast, drowsiness is a life-threatening hazard.

That's why the Transportation Department is considering mandating sleep apnea tests for truckers, bus drivers and train operators. The department is asking for feedback on the idea for the next 90 days.

According to the Centers for Disease Control and Prevention, sleep apnea causes breathing disruptions during sleep and can cause "excessive daytime sleepiness."

The move comes after the National Transportation Safety Board found multiple fatal accidents were at least partially linked to the disorder.

One of those accidents was the deadly Bronx train derailment in 2013. Four people were killed and more than 60 were injured after the engineer of a Metro-North commuter rail train fell asleep.

Pilots already have to undergo sleep apnea testing before getting their license. And for good reason — the Federal Aviation Administration reports more than 4,900 pilots were being treated for the condition last year.

So mandating testing across other forms of transportation seems like a no-brainer, right? Well, not everyone is pleased by the prospect. Some truckers have spoken out against paying for the test.

Sleep apnea tests can cost thousands of dollars and under possible government mandated testing, it’s not clear who would pay for that.

This video includes clips from Cleveland Clinic and Mayo Clinic and images from Getty Images.