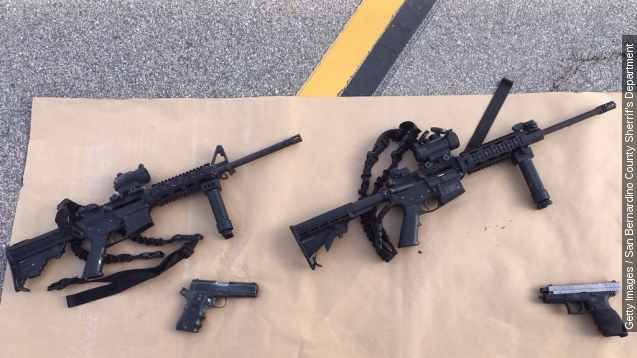 Criminal charges are expected to be brought Thursday against the man who bought two assault rifles years ago that were used in December's San Bernardino shooting.

Enrique Marquez was a friend and former neighbor of gunman Syed Farook. (Video via KABC)

NBC reports Marquez has admitted to authorities he bought Farook the weapons as a favor three years ago so Farook wouldn't be recorded as a purchaser or have to get a background check.

Knowingly buying a firearm for someone else is illegal, but what remains unclear is if Marquez had any knowledge of Farook and Tashfeen Malik's plans before the attack.

According to the San Bernardino Sun, Marquez said he planned an attack with Farook in 2012 but then abandoned the plot following the arrests of four men in California who were connected to a separate terrorist plot. (Video via CBS)

KTLA reports two expected charges against Marquez are lying on a gun application and conspiracy to commit an act of terrorism.