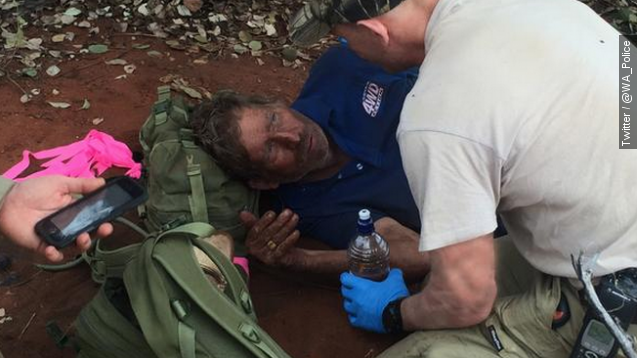 Sixty-two-year-old Reginald Foggerdy has been found alive after spending six days lost in the Outback.

The Perth man disappeared while on a hunt in West Australia's Goldfields region. Tuesday morning, trackers discovered him lying beneath a tree and barely hanging on. (Video via Perth Now)

Authorities told The West Australian, "He was extremely dehydrated, a bit delusional, but we've administered first aid and rehydrated him, and it's pleasing to say he is now sitting up and talking."

His sister told the BBC, "It's been too long, he won't cope, he hasn't had water, he won't be able to do it, and then I went to bed last night and said to myself, 'I don't know what it is, but I had this feeling they're going to find him today.'" (Video via BBC)

Well, she was right. A man spotted his footprints and alerted police who sent a team of specialized trackers to find him. Turns out his trick for survival: eating live black ants.