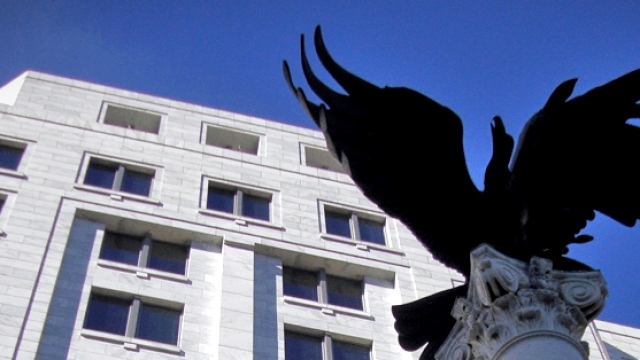 An Alabama man admitted to stealing thousands of dollars from the federal government — in quarters.

Brink's in Birmingham, Alabama, stores cash and coins for the Federal Reserve Bank of Atlanta. Quarters are kept in ballistic bags, with each one containing $50,000. During an inventory check in April 2014, officials realized $196,000 in quarters was missing.

Stephen Lancaster Dennis worked for Brink's in 2014. He stole the money by taking all but $1,000 in quarters from each bag, and he replaced the missing coins with beads. The coins he didn't steal were specifically placed in view of the bag's plastic window.

The FBI linked the theft to Dennis, and the U.S. Attorney's Office Northern District of Alabama charged him with one count of bank theft. Dennis agreed to enter a guilty plea and now must reimburse the bank for every quarter he stole.

An FBI special agent involved in the case said, "What Mr. Dennis may have thought was a nickel and dime theft was, in the end, the equivalent of a major bank heist."