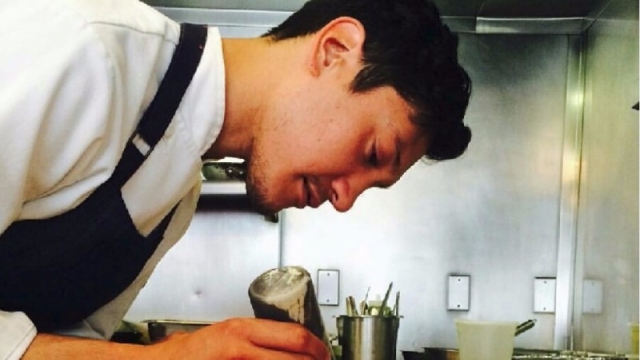 A 28-year-old chef was found dead in a San Francisco mall stairwell.

Police received a call around 10 a.m. after someone found the body. During the initial investigation, some of the area outside the mall was blocked off while the medical examiner worked on the scene.

The San Francisco Examiner obtained a statement from the mall that said: "San Francisco police are conducting an investigation proximate to the Jessie Street East entrance. The Centre is open and operating normally, and we are cooperating fully with the investigation."

A man who saw the crime scene told KBCW, "There's a lot of eyeballs everywhere, so it would be unusual for anything else to go on that's out of place."

Galicia landed his dream job as a line chef for a restaurant called Sons & Daughters not long before his death.

"His way of connecting with the family was always making us a dish, making us dinner," he said.

He went on to say: "He never wanted to be in any kind of altercation. He was the brother that always just went with the flow."

On Friday, Sons & Daughters Restaurant posted a photo of Frank Galicia along with the message: "Frank was an amazingly smart, caring, and funny individual. If you knew him, you adored him like we did. Few are as passionate about their craft as he was about cooking."

Authorities have ruled the death a homicide.