Man Dies After Tapeworm Inside Him Gets Cancer 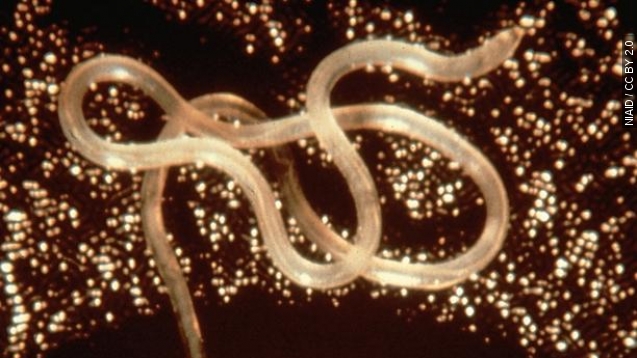 SMS
Man Dies After Tapeworm Inside Him Gets Cancer

By Ryan Biek
November 5, 2015
Researchers say this is the first documented case of someone dying from cancer caused by parasitic cells.
SHOW TRANSCRIPT

In the first case of its kind, a man has died from cancer not caused by his own cells, but from those of a parasite.

In 2013, a 41-year-old Colombian man went to a hospital with trouble breathing and a fever. He'd also stopped taking his HIV medication months before, which weakened his immune system.

Upon examining him, doctors discovered his lungs were filled with tumors. A Centers for Disease Control and Prevention pathologist told NPR, "It looked like cancer, but the tumors were composed of cells that were not human."

Researchers found the man had tapeworm DNA in his system, and further tests confirmed the cancer started in the tapeworm.

Unfortunately, the man died just days after the discovery, before he potentially could have been treated.

The researchers published their findings in the New England Journal of Medicine Wednesday with the hope that it will help treat more cases.

While the finding is rare, the researchers noted HIV and tapeworm infections are widespread in underdeveloped countries, and more cases may be going undiagnosed.