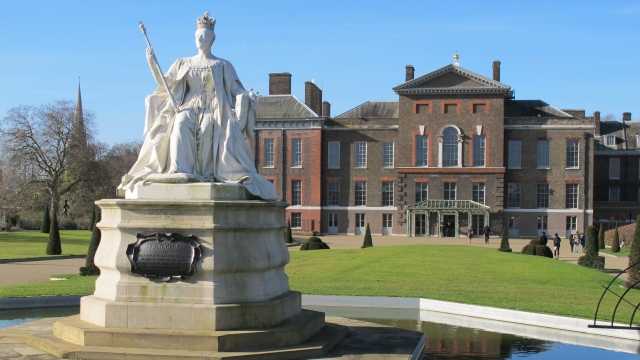 SMS
Man Dies After Setting Himself On Fire In Front Of Kensington Palace
By Matt Moreno
By Matt Moreno
February 9, 2016
Police received a call about a man acting suspiciously early Tuesday morning. When they arrived, they found a man in his 40s on fire.
SHOW TRANSCRIPT

A man is dead after reportedly setting himself on fire in front of Kensington Palace.

Met Police officers arrived at the London home of the Duke and Duchess of Cambridge after reports of a man acting suspiciously early Tuesday morning. When they arrived, they found the man on fire. He was pronounced dead at the scene. (Video via Historic Royal Palaces)

Police are looking into whether or not the man, who was in his 40s, matches the description of a man a London hospital called about hours earlier. The hospital told police the man had failed to return, and attempts to reach him at his address were unsuccessful.

Police say they're not investigating the case as "terrorist-related," and the Duke and Duchess were not home at the time.

This video includes images from Getty Images and Son of Groucho / CC by 2.0.