The Man Bun: An Enemy Of Your Hairline 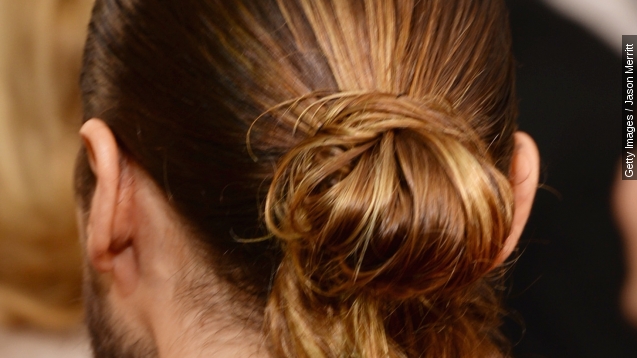 Ah... the man bun. It's the trend that has taken over our scalps and now it's the enemy of the male hairline.

That's right, gents! As you wrap and pull all that hair into an impressively tight knot, you could be setting up a future of buying this... (Video via ASOS)

"Men's Rogaine Foam!" an announcer says on a Rogaine commercial.

The condition is called traction alopecia and it causes baldness around the front of your head.

A dermatologist told Mic, man buns are at least "partly to blame." She says it's "putting traction on the hair follicles that the hair is not really meant to take."

The man bun's baldness connection really shouldn't be that surprising. In 1958, dermatologists warned pulling hair back and then up can cause baldness in some people. (Video via The Beauty Wand by Kay)

That study was aimed at ponytails for women, but as the popularity of the man bun has risen over time, it's clear the guys need to take heed too. (Video via Details)

But don't worry you bun lovers, experts say not every man bun is going to send you running to the Hair Club for Men. The tip is to keep the bun loose.

So when getting that man bun ready for a night on the town, remember these words from a male fashion icon:

"You really shouldn't be wearing your hair back that tight," Ben Stiller says in "Zoolander".