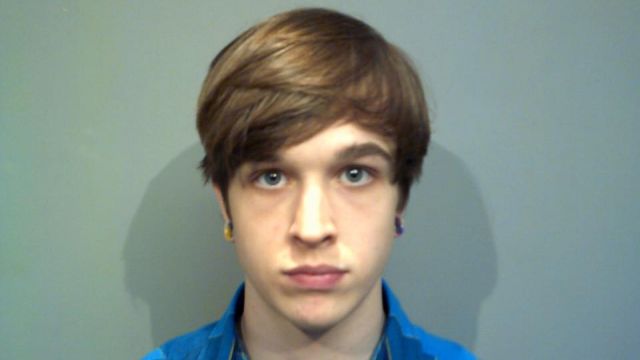 SMS
Man Arrested After Police Say He Tweeted A Bomb Threat To Trump Rally
By Katie Link
By Katie Link
April 24, 2016
Police say Sean Taylor Morkys tweeted, "Is someone going to bomb the Trump rally or am I going to have to?"
SHOW TRANSCRIPT

A 20-year-old faces charges after police say he threatened a Donald Trump rally in Connecticut on Saturday.

Police say Sean Taylor Morkys tweeted, "Is someone going to bomb the Trump rally or am I going to have to?" They say a second tweet warned his friend to have his family leave the rally so they wouldn't be hurt. His Twitter account has since been disabled.

After the Secret Service determined Morkys didn't pose an immediate threat, police arrested him and charged him with first-degree threatening, inciting injury to person or property and second-degree breach of peace. He was released on a $25,000 bond and is expected in court May 4.

While there was never a real threat to the Waterbury rally, Trump had some other troubles in Connecticut on Saturday. AOL reported that multiple protesters were escorted from his Bridgeport rally, and an officer put a man in a chokehold before dragging him out of the building.

Trump, and the other presidential hopefuls, are campaigning in Connecticut ahead of the state's primary Tuesday.