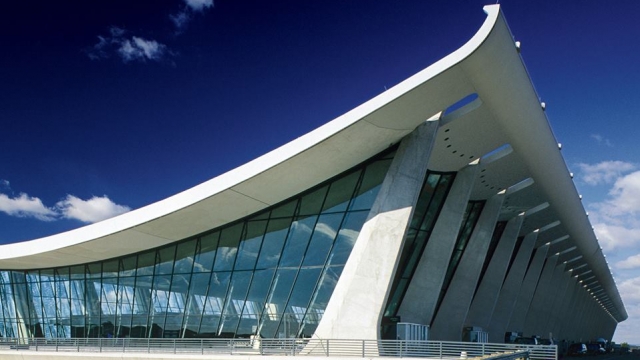 SMS
Man Accused Of War Crimes Found Working Security At US Airport
By Ben Lawson
By Ben Lawson
June 2, 2016
Yusuf Abdi Ali is accused of torture and committing mass executions for the Somali National Army in the 1980s.
SHOW TRANSCRIPT

An alleged war criminal from Somalia was found working as a security guard at Dulles International Airport near Washington, D.C.

Yusuf Abdi Ali is accused of torture and committing mass executions when he was a commander in the Somali National Army in the 1980s.

Ali has firmly denied the accusations, but he's still facing a civil lawsuit in a U.S. court that says he committed "crimes against humanity." One man named in the suit claims he was beaten, stripped naked, shot and left for dead on Ali's orders.

In February, a court ruled that he can't be charged as a war criminal in the U.S. because those crimes took place outside the country. However, that judge allowed the claims that Ali tortured one of the plaintiffs to move forward.

Somalia doesn't have a court system capable of trying Ali for his crimes, and there isn't an international court with jurisdiction to do so, either.

Ali's current employer, Master Security, says he had to go through an FBI background check and a TSA assessment to get the job. But the company told CNN it was "unaware of the pending litigation."

Ali has since been placed on administrative leave, and his airport access has been withdrawn.

Ali was able to enter the country on a visa through his wife, Intisar Farah. She was later found guilty of naturalization fraud for claiming that she was a refugee from the Somali group that Ali's military unit is accused of terrorizing.