Man Accused Of Throwing Gator Through Wendy's Drive-Thru Is Arrested 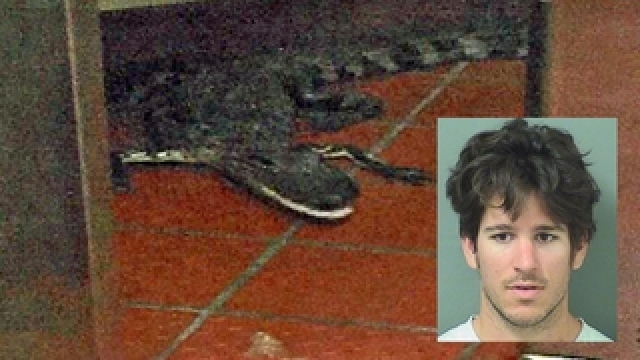 A man in Florida was arrested after officials accused him of throwing a 3.5-foot alligator through a Wendy's drive-thru window when he pulled up to get his order.

The incident happened in October, but 23-year-old Joshua James was recently taken into custody by U.S. Marshals. James' parents told Newsy's partners at WPTV that their son is not a violent person.

"It was just a stupid prank that he did that's now turning into this," James' mother told WPTV.

"And you definitely believe this was a prank?" a reporter for WPTV said.

"Oh, 100 percent –– because he's a prankster. He does stuff like this because he thinks it's funny," James' mother said.

According to Florida Fish and Wildlife Conservation Commission officials, James said he brought a gator he found on the side of a road to the restaurant. His parents told WPTV he knew a Wendy's employee at the time.

The alligator was reportedly released in a nearby canal after the incident. James now faces charges of unlawful possession and transportation of an alligator as well as aggravated assault.