Mama Bear Is Throwing A Wrench In Plans For Panda Twins 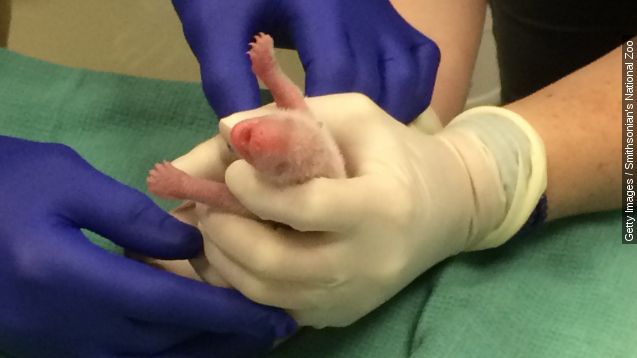 SMS
Mama Bear Is Throwing A Wrench In Plans For Panda Twins
By Samantha Crook
By Samantha Crook
August 25, 2015
The D.C. zoo's panda twins are going to need a lot of care from both zookeepers and Mom, but she's not letting humans take one of her cubs.
SHOW TRANSCRIPT

The panda twins born Saturday at Washington D.C.'s National Zoo are proving difficult to care for.

The zoo team had a plan to swap cubs every few hours so they could care for one while Mom cared for the other. But mama bear has been reluctant to let zookeepers make the swap. (Video via Smithsonian National Zoological Park)

The zoo said Tuesday it had been more than a day since they were able to get hold of the larger cub.

The zoo says giant pandas have twins about 50 percent of the time, but this is only the third time it's happened in the U.S. And it's going to take a lot of human intervention for the twin cubs to survive. (Video via ABC)

And zoo workers are bottle feeding and incubating the twins when they're away from Mom.

Thankfully, the smaller cub seems to be doing well so far and has a healthy squeak. (Video via Smithsonian National Zoo)