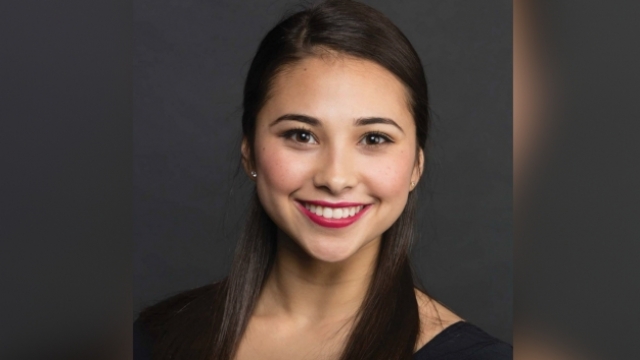 SMS
Male Suspect Arrested In University Of Texas Student's Death
By Ben Lawson
By Ben Lawson
April 8, 2016
Police have arrested 17-year-old Meechaiel Criner in connection with the death of a freshman at the University of Texas campus in Austin.
SHOW TRANSCRIPT

Police have arrested a suspect in connection with the death of a student at the University of Texas at Austin.

"We are very certain that the subject we have in custody – the suspect is in custody – is the suspect that is responsible for the death of this beautiful young woman," said Austin Police Chief Art Acevedo.

Police say 17-year-old Meechaiel Criner will be formally charged with murder Friday afternoon. Criner, who police say is homeless, had items in his possession that may have belonged to the victim, 18-year-old Haruka Weiser.

Weiser, a freshman theater and dance student, was last seen leaving a university building Sunday evening. Her body was discovered in a creek Tuesday morning.

Police say Criner resembles the person of interest in campus surveillance footage that was released after Weiser's body was found.

Authorities say this is the first homicide on the University of Texas campus since 1966, when a gunman shot and killed over a dozen people from the campus bell tower.

This video includes an image from Facebook / Dance West.