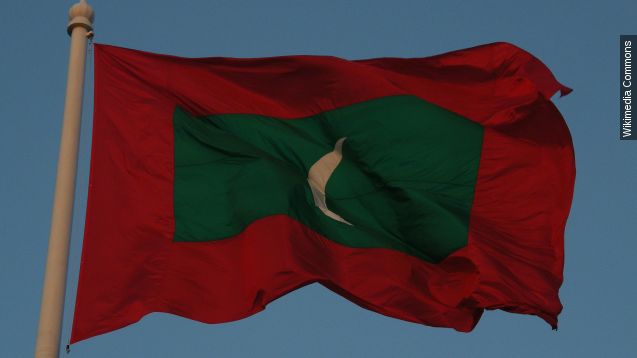 The highest court in the Maldives has overturned the stoning sentence of a woman found guilty of adultery.

The mother of five confessed to giving birth to a child out of wedlock. She was sentenced to death by stoning Sunday.

But the country's Supreme Court annulled the lower court's decision later that day, claiming it did not follow the proper legal procedures.

Female citizens caught having premarital sex in the Maldives and in other countries, such as Afghanistan, can be sentenced to public whipping.

The Maldives is a Muslim nation, ruled by both Sharia law and English common law. Adultery is considered a crime in the country, though this law doesn't apply to tourists.

The popular honeymoon destination has seen a rise in Islamic extremism and has drawn criticism for corruption in the government and court system.

There are still 15 countries that practice stoning and are authorized by law to stone women who have premarital sex or marry a man not approved by the woman's family.

These countries include Iran, Pakistan, Saudi Arabia, Yemen and Somalia. Countries like Malaysia and Indonesia practice stoning regionally, but it's banned at the national level.

Human Rights organizations such as Human Rights Watch have denounced stoning and have spoken out against these practices that date back to the Judeo-Christian era.

Although the practice takes place in countries that are mostly Muslim, the Quran does not explicitly mention stoning women — but it is mentioned in the Torah and the Old Testament.