Malcolm X's Daughter Speaks To CBS 50 Years After His Death 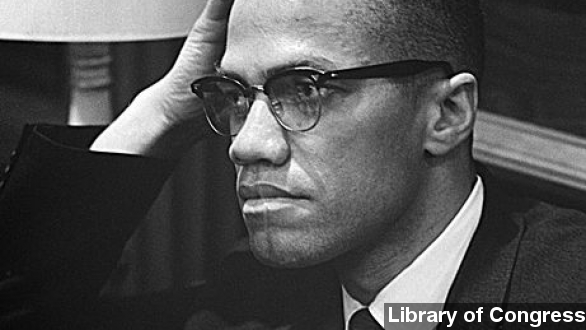 Saturday marks 50 years since the assassination of revered yet controversial civil rights activist Malcolm X. To mark the anniversary, his daughter Attallah Shabazz spoke to CBS.

"Do you still have conversations with your father?" reporter Vladimir Duthiers asked.

"Oh, yes, all the time. Look, you can't be that potent and be gone," she replied.

Shabazz, the eldest daughter of Malcolm X, has forged her own path. She is a performer and lecturer and has worked to clarify her father's message.

During the piece, reporter Vladimir Duthiers makes reference to the relationship between Malcolm X and Mike Wallace, a CBS reporter who "was in search of the true Malcolm X." Wallace is known for showing the nation a different side of the civil rights activist.

"The white man ... has brainwashed the so-called Negro so much ... that today some Negroes think that they're not making progress or they don't have anything unless they're living in a white man's neighborhood ... a seat in the white man's school."

And Duthiers said he talked to Shabazz about the trademark differences in mindset between Martin Luther King Jr. and Malcolm X.

King was known to take a more passive approach while Malcolm X stirred controversy with his aggressive pursuit. Shabazz, however, thinks there's room to be a fan of both men.