Malaysia Wants Nothing To Do With Sex Robots 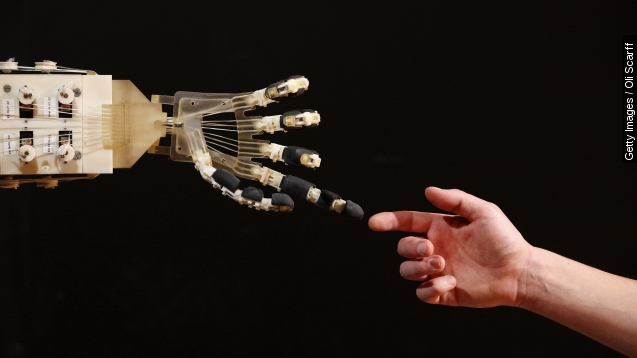 SMS
Malaysia Wants Nothing To Do With Sex Robots
By Ethan Weston
By Ethan Weston
October 24, 2015
Malaysian authorities have shut down an academic conference on sex robots, calling into question the ethics of human-robot relations — again.
SHOW TRANSCRIPT

An academic conference called Love and Sex with Robots has been shut down by Malaysian authorities.

Malaysian authorities were less than thrilled with the title. Inspector General of Police Khalid Abu Bakar declared the conference illegal, saying, "There's nothing scientific about sex and robots." (Video via The Star Online)

The conference was founded by David Levy and Adrian David Cheok. They foresee a future where sexual relations with robots could be commonplace, and founded the conference to more deeply examine issues that might arise from that. (Video via The New York Times)

Surprisingly, this isn't the first time this issue has come up. Earlier this year, leading academics in robotics launched the Campaign Against Sex Robots. (Video via Motherboard)

The campaign's founders, Kathleen Richardson and Erik Billing, see sex robots as a potential danger to society. They worry the robots would objectify women and children and make us less sensitive to abuse victims.

Opponents consider their campaign shortsighted. They claim the issue could be used as a way to start discussion about how humans interact with the machines we've created.

"Why not use the topic as a base from which to explore new ideas of inclusivity, legality and social change?" asked computer researcher Kate Devlin.

Both groups are trying to get ahead of a growing movement in robotics. The first "artificially intelligent" sex doll "Roxxxy" — that's three x's — is set to be released later this year.

What's clear is there's a lot to hammer out before true A.I. makes an appearance. And not just with sex robots — groups continue to warn about A.I. in military robots and weaponry.