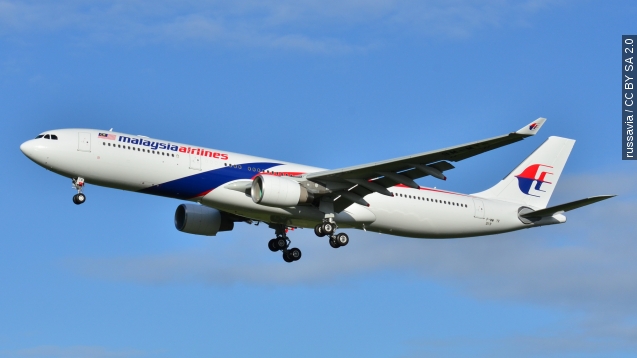 By Evan Thomas
June 12, 2015
A Malaysia Airlines flight from Melbourne to Kuala Lumpur was forced to land after cockpit warnings indicated an engine was on fire.
SHOW TRANSCRIPT

Malaysia Airlines flight 148 made an emergency landing in Melbourne, Australia Friday after an apparent engine fire.

The flight from Melbourne to Kuala Lumpur diverted minutes after takeoff when the pilot noticed a light on his console indicating the engine was on fire. (Video via 9News)

The plane circled several times in order to dump fuel, which is standard procedure for an emergency landing.

The Guardian quotes a local air safety official, who said “Something occurred when the engine went full-throttle, and as is standard in such situations the pilot has taken the plane out over the bay to dump fuel.”

The fuel was dumped to shed weight in order to make a safe landing. While it can weigh as much as 230 tons on takeoff, Airbus’ specifications show the 300 Series’ maximum landing weight is 185 tons.

A preliminary investigation showed no evidence of an external fire.

Malaysia Airlines says a full investigation is underway and it will release more information as it becomes available.

This video includes images from russavia / CC BY SA 2.0 and Getty Images.