'Making A Murderer' Prosecutor Ken Kratz Admits He Was The Worst 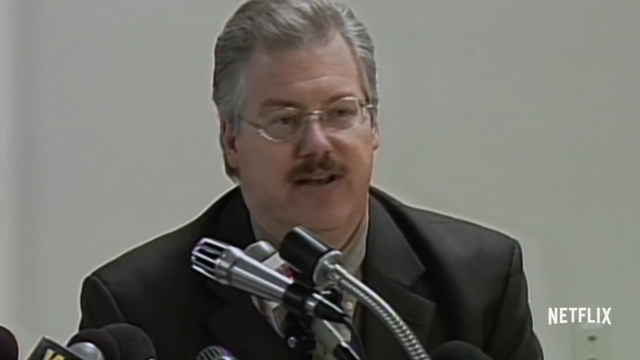 SMS
'Making A Murderer' Prosecutor Ken Kratz Admits He Was The Worst
By Ben Lawson
By Ben Lawson
January 21, 2016
During an interview with Gothamist, Ken Kratz admitted he wasn't the nicest guy during the trials of Steven Avery and Brendan Dassey.
SHOW TRANSCRIPT

Ken Kratz, the special prosecutor featured in Netflix's "Making a Murderer," got pretty blunt during a recent interview about his behavior during the trials of Steven Avery and his nephew, Brendan Dassey.

"I was a d***," Kratz said during an interview with Gothamist.

In an interview with former "Daily Show" producer Jena Friedman, Kratz admitted he wishes he would have handled some parts of the case differently.

"Making a Murderer" focuses on Avery, who spent 18 years in prison after being wrongfully convicted of sexual assault. Two years after his release, both he and Dassey were charged with the murder of Teresa Halbach. (Video via WLUK)

In an interview with ABC earlier this month, Kratz accused the the filmmakers behind the series of leaving out evidence that points to Avery's guilt in order to make a more compelling argument.

Kratz ended up resigning as a district attorney in 2010 amid accusations he was sending sexually explicit texts to a domestic violence victim.