'Making A Murderer': Media Asks, 'What If Steven Avery Is Guilty?' 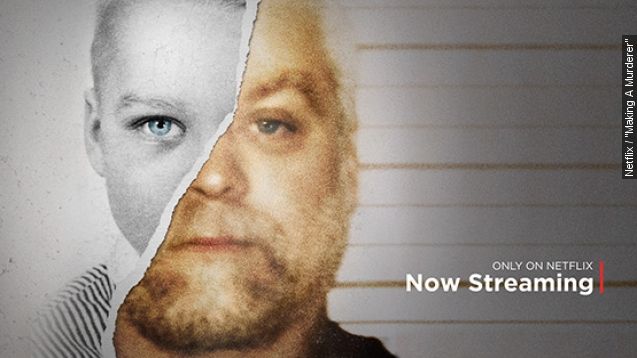 What if the jury got it right in Steven Avery's case? It seems like a big "if" for many who binge-watched Netflix's "Making A Murderer," but the devil's advocates out there are starting a national debate about the series' accuracy.

Viewers, former jurors and attorneys seem split on whether Avery and nephew Brendan Dassey murdered Teresa Halbach, but some major news outlets are starting to side with the prosecutors. (Video via Netflix / "Making a Murderer")

"As a matter of fact, let's talk about, Matt Zarrell, the evidence that shows Steven Avery is the killer of Teresa Halbach," Nancy Grace said.

This weekend, HLN will premiere "Nancy Grace Mysteries: Teresa Halbach." The one-hour special will discuss the "evidence that was not exposed" in the docuseries. It will also include Grace's 2005 interview with Avery as well as interviews with former Calumet County District Attorney Ken Kratz and Manitowoc County Sheriff Robert Hermann.

And as of Friday morning, we know Grace has at least nine reasons why she thinks Avery is guilty.

"In order to plant evidence, police would have to murder Teresa Halbach, burn her body, get the bones, and then intertwine them with steel-belt tires," Grace says.

Like Grace, the makers behind the special say that it "will present crucial testimony and information that addresses many of the questions surrounding Steven Avery."

"Making A Murderer" is a 10-part docuseries highlighting the supposed pitfalls of the criminal justice system through Teresa Halbach's murder case in Manitowoc County, Wisconsin. It sparked controversy over whether or not the filmmakers left out key evidence that would prove Avery and Dassey's involvement in Halbach's death.