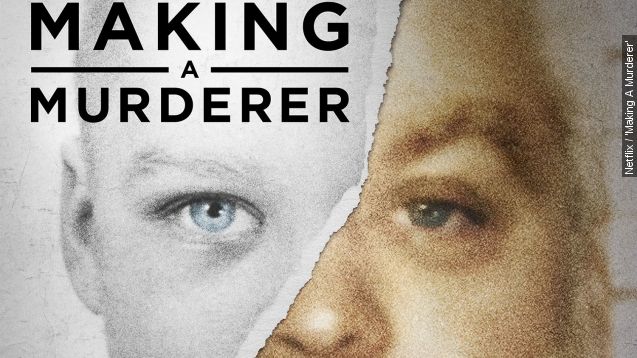 By now, you may have seen someone on social media spouting off about Netflix's hard-to-watch show "Making A Murderer."

It's a true crime series centered around Steven Avery, a man who spent 18 years behind bars for a violent crime he didn't commit in 1985.

After DNA evidence exonerated Avery in 2003, he filed a $36 million lawsuit in 2004 against Manitowoc County, Wisconsin, for his wrongful conviction. It was that lawsuit, Avery said, that led police to frame him for murder so the county could escape financial responsibility.

Avery and his nephew Brendan Dassey say the Manitowoc County Sheriff's Office planted evidence against them for the 2005 murder of Teresa Halbach.

Avery and Dassey now sit in prison for crimes they allegedly didn't commit. And the series plays on so much doubt, both in their cases and in the criminal justice system, it's sparked global reaction.

Hacker group Anonymous is now on board. It claims it has evidence that will prove the convicted murderers are innocent.

Reddit threads are thriving with citizen-driven investigations as well. Cybersleuths want to right a wrong they find glaringly apparent.

But perhaps most significant is the involvement of the Innocence Project. It's the same organization that aided in Avery's exoneration and is said to be looking into aspects of his most recent case that has left so many people with questions.

Former Wisconsin prosecutor Ken Kratz, who is prominently featured, refutes the documentary's findings. He told People this week, "You don't want to muddy up a perfectly good conspiracy movie with what actually happened, and certainly not provide the audience with the evidence the jury considered to reject that claim."

However, the filmmakers told CBS they stand by the series they spent 10 years filming and researching.

"We were very thorough, and in our opinion, very accurate and very fair," Laura Ricciardi said.