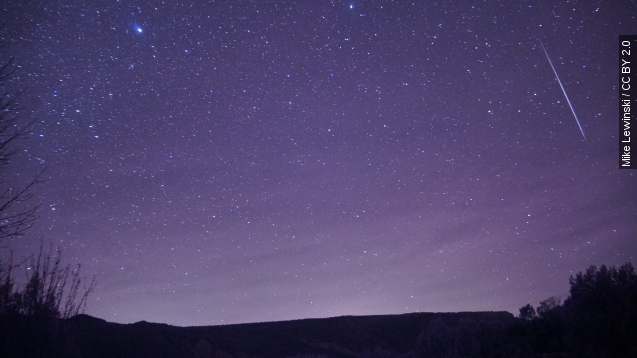 The Geminids' name comes from the constellation Gemini, where the meteors seem to emerge from. (Video via NASA)

And the average Geminid's arc can be seen for one to two seconds.

Geminids are really the debris of an extinct comet known as 3200 Phaethon.

As 3200 Phaethon's orbit nears Mercury's, it heats up, which creates a bright tail. (Video via NASA)

The Geminid meteor shower lasts weeks, but between Sunday night and Monday morning will be the best time to watch the sky.

This video includes images from Getty Images, Rocky Raybell / CC BY 2.0 and Mike Lewinski / CC BY 2.0.