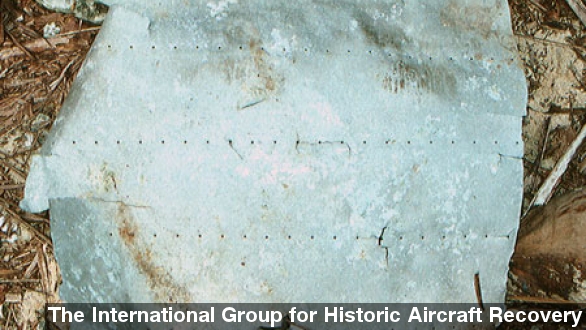 For decades, we have wondered what happened to Amelia Earhart. Now, we may have our biggest clue yet.

Researchers at The International Group for Historic Aircraft Recovery, or TIGHAR, say a piece of aluminum debris that was found in 1991 on Nikumaroro Island in the Pacific Ocean likely belongs to Earhart’s missing plane.

CBS: “Gardner Island, as it was called in the 1930s, is 300 miles east of Earhart's intended refueling stop on Howland Island."

RIC GILLESPIE: "We think she probably landed there.”

TIGHAR believes the debris comes from an aluminum patch that was put on one of the plane’s windows during Earhart’s stay in Miami.

Researchers say, “The patch was as unique to her particular aircraft as a fingerprint is to an individual.”

The patch is full of fractures, dents and gouges — all of which could be major clues as to what happened to the plane and where it is.

TIGHAR believes Earhart landed her aircraft safely on a reef at Nikumaroro and attempted to radio for help before her plane was washed into the ocean by tides. (Video via Discovery)

NATIONAL GEOGRAPHIC: “Reports of SOS calls from her radio give the world hope that she is still alive.”

If TIGHAR’s beliefs are true, the tattered plane should still be on the seafloor.

And TIGHAR has found other items that suggest they are on the right track: an empty container of the freckle cream Earhart used as well as a piece of Plexiglas that may have come from her plane have also been found in Nikumaroro.

TIGHAR plans to return to Nikumaroro to look for the remainder of Earhart’s plane in June 2015.