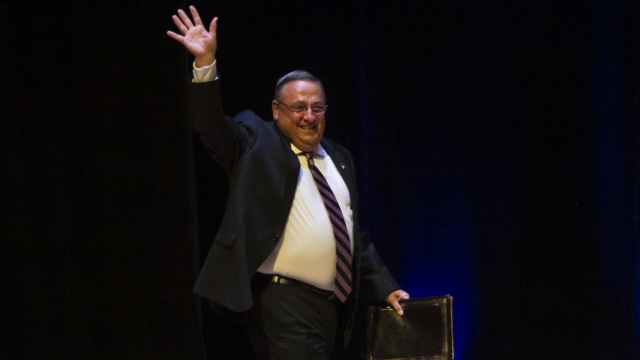 Will he or won't he resign? That is the question many people are asking about Maine's Gov. Paul LePage.

The Republican governor landed in the headlines after he left a profanity-laced voicemail for Maine state Rep. Drew Gattine.

"I want you to prove that I'm a racist. I've spent my life helping black people and you little son of a *****, socialist, ****sucker," LePage said in the message.

LePage thought Gattine called him a racist, something the state representative denies.

Once the voicemail went public, LePage issued an apology to the people of Maine, but not to Gattine. Not surprisingly, the incident quickly prompted calls for LePage to resign.

Instead, he scheduled a town hall meeting in that state representative's hometown, a meeting which has since been canceled.

So what now? We're really not sure. On a radio show Tuesday morning, when asked whether he would finish his term, LePage said: "I'm looking at all options. I think some things I've been asked to do are beyond my ability, and I'm not gonna say that I'm not going to finish it. I'm not saying that I am going to finish it."

But a few hours later, the governor took to Twitter to deny resignation rumors, writing, "to paraphrase Mark Twain: 'The reports of my political demise are greatly exaggerated.'"

The governor said he wanted to schedule a meeting with Gattine, and according to the Portland Press Herald, that meeting is set for Wednesday.