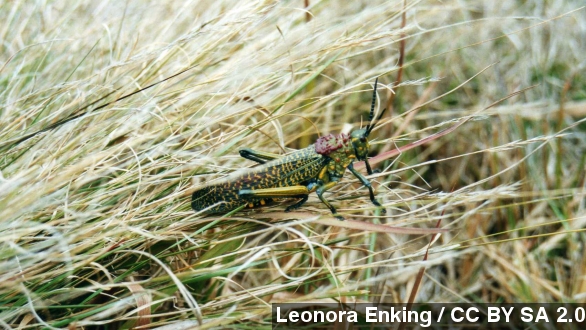 Millions in Madagascar could face famine if more money isn't raised to finish eradicating a plague of locusts.

The country has been battling locusts since 2012. The Food and Agriculture Organization, or FAO, says $28.8 million has already been invested to halt the infestation, but it could all be for nothing if another $10.6 million is not raised to monitor and spray the locusts. (Video Via CBS)

To date, locusts have infested more than half of Madagascar's cultivated land, causing the country to declare the plague a national disaster. (Video Via CNN)

The United Nations reports about 80 percent of Madagascar's population relies on farming for income.

And the FAO says if money is not raised to finish the eradication process, the food and nutrition security of nearly 13 million people will be threatened. (Video Via United Nations)

The FAO has been working with the country's government to control the issue.

The organization relies on funding from the U.N. along with several Western and African nations, but funding for this project has gone to other global crises.

Pesticides and biopesticides successfully halted the infestation last year, but experts say a relapse is likely during this year's rainy season, which provides ideal breeding conditions for the insects. And no money for pesticides means there's no way to battle the staggering numbers of locusts.

Director of the FAO's Emergency and Rehabilitation Division Dominique Burgeon said, "Taking action now is critical to ensure the significant efforts made so far, financially and technically, are built upon rather than lost."