Mad Max Scores National Board of Review Win. Is an Oscar Nom Next? 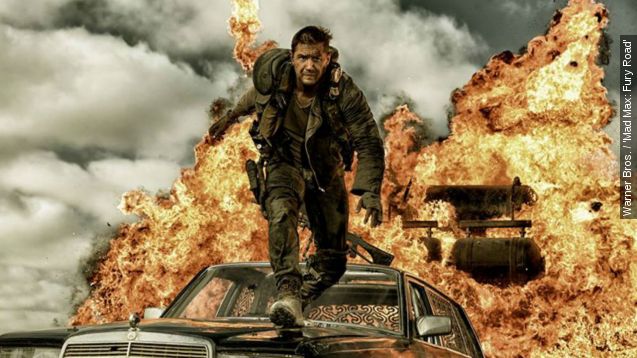 The NBR has a pretty impressive track record of predicting Oscar nominations. Nine of its last ten best film winners were nominated for Best Picture. But of those, only two won.

Mad Max's win is still significant though because we usually don't see action films nominated for Best Picture. And even when an action movie is nominated, it seldom wins.

According to AMC's filmsite, the last film classified purely as action-adventure that won Best Picture was "Dances with Wolves" in 1990.

And before that, "Lawrence of Arabia" took home the Oscar in 1962. But the films that have won Best Picture don't exactly look like "Mad Max" which is pretty heavy on the car chase scenes and explosions.

According to Time, "Big-budget action movies like 'Mad Max,' which trade in spellbinding visual effects and face-melting explosions, are rarely considered the stuff of high art, or even worthy of a nod from the Motion Picture Academy."

So who picks the National Board of Review winners and why did they choose "Mad Max"? Well, according to the website, the group judging the films is comprised of film enthusiasts, filmmakers, professionals, academics and students.

It defines itself as a nonprofit that "celebrates the distinctive voice of the individual artist, honoring excellence and supporting freedom of expression in film."

One thing that made "Mad Max: Fury Road" stand out this year was the attention it received for its feminist undertones. Author of the Vagina Monologues, Eve Ensler consulted on the film and several publications praised the way the film portrayed women.

Even if "Mad Max" doesn't get Oscar attention like "A Most Violent Year," which won the Best Film award in 2014, it's still pretty high praise for a film that was more explosions than dialogue.