Luke Skywalker Wants To Save You From Buying Fake Autographs 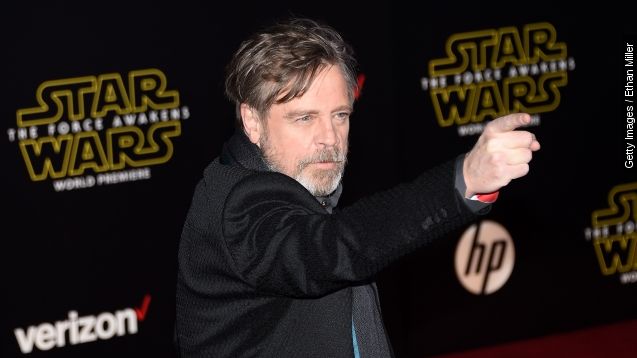 SMS
Luke Skywalker Wants To Save You From Buying Fake Autographs
By Carter Woodiel
By Carter Woodiel
January 17, 2016
"Star Wars" star Mark Hamill is tired of seeing fans duped by fake autographs, so he's teaming up with a California lawmaker to combat the issue.
SHOW TRANSCRIPT

"Star Wars" memorabilia is more valuable than ever. But with that rise comes a remarkable number of forged signatures.

So Mark Hamill, one of the franchise’s most recognizable stars, is teaming up with a California lawmaker to protect the celeb autograph market from fakes.

Hamill, who plays Luke Skywalker, replied to dozes of fans on Twitter in late December asking if their memorabilia was legit, pointing out plenty of fake items in the process.

"What inspired me to carry this bill is because I don't want to see any more kids who are being victimized for this particular issue," Chang told the Los Angeles Times.

If signed into law, the bill Chang and Hamill are backing would mandate all signed memorabilia sold in California come with a certificate of authenticity, as well as allow fans who purchased fakes to claim in court up to 10 times what they paid for a bogus item. (Video via Walt Disney Pictures)

These protections are already available for sports memorabilia, an inconsistency Hamill and Chang aim to eliminate.

Hamill told the Los Angeles Times, "The public is being swindled on a daily basis, and the numbers are huge. I just can’t keep quiet when I see people I love being hurt." (Video via PC Gamer)