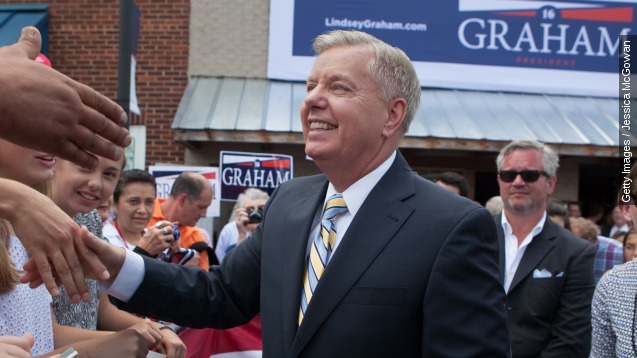 Republican presidential candidate Lindsey Graham is ending his campaign for the White House.

He also characterized President Obama's military strategy against ISIS as being too soft and says he feels confident Republicans will continue to push for a more aggressive approach. (Video via The White House, CNN)

"I'm far more confident today that our party will reject the Obama doctrine of leading from behind and will provide the strong leadership America needs to restore our military and take the fight to our enemies," Graham said.

Graham leaves the presidential race after struggling to gain any real traction in polls. (Video via MSNBC)

An average of recent nationwide polls on RealClearPolitics has him at or below 1 percent support for the GOP presidential nomination.