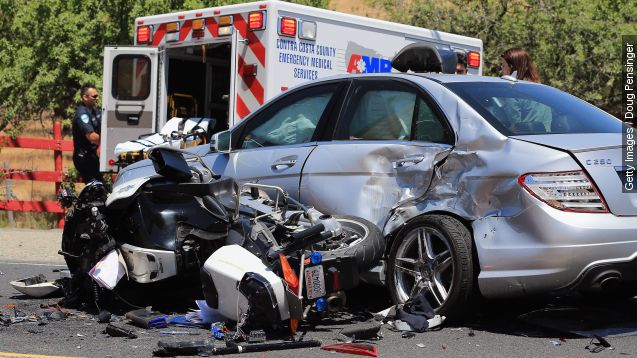 That count doesn't include deaths in July and August.

Both months are historically some of the deadliest for motorists.

It's been a deadly year on U.S. roadways, and the National Safety Council says that's troubling.

The council says part of the uptick in traffic deaths can be attributed to lower gas prices. With gas hitting its lowest price in about six years, more people are driving, increasing the risk of traffic crashes and fatalities.

In January, a sociology professor — at South Dakota State University at the time — spoke with NPR about this relationship he's been studying.

Another factor, the council says, is the lower unemployment rate. In a May report, the council said now that more people are working, they're able to take vacations more often and are more willing to drive long distances. (Video via YouTube / hyperophone)

The U.S. unemployment rate is down to 5.3 percent, according to the Bureau of Labor Statistics. That's the lowest it's been since mid-2008 and nearly half of what it was in July 2009.