Low-Cost Airlines Are Just As Safe As Others 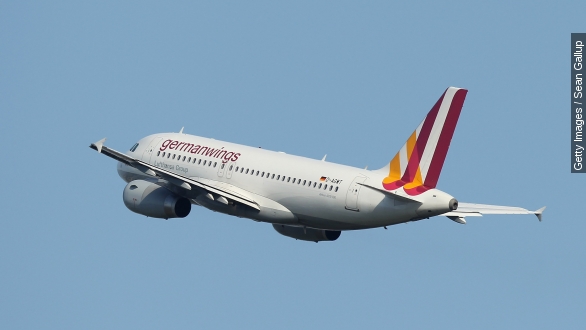 SMS
Low-Cost Airlines Are Just As Safe As Others
By Katherine Biek
By Katherine Biek
March 25, 2015
After the crash of a Germanwings flight Tuesday, some are wondering just how safe low-cost airlines are.
SHOW TRANSCRIPT

After Germanwings flight 9525 crashed in the French Alps Tuesday presumably killing all 150 people onboard, the question many are now wondering is whether or not low-cost airlines are safe.

Founded in 2002, Germanwings is an airline owned by Lufthansa and offers "low-cost" flights. AirlineRatings.com rates Germanwings a six out of seven in its safety rating.  (Video via Lufthansa)

While Tuesday's crash was the first major incident for Germanwings, some are pointing out that the Airbus A320 was actually 24 years old.  (Video via ABC)

An airline industry analyst told the International Business Times, "Airlines generally buy aircraft with the intention of operating them for between 10 and 20 years. ... Age is not an indicator of safety."

Fox Business spoke with a retired American Airlines captain about the Airbus A320 plane and he agreed the age of the plane isn't something people should be concerned about.

"It has had a seat check, which they call a heavy inspection within the past 24 months, which basically goes through all heavy components of the airplane: structure, electrical, mechanical, hydromechanical," retired American Airlines captain Phil Orban said.

In fact, low-cost airlines have to meet the same safety standards that other commercial airlines do.

A writer for Bustle pointed out that low-cost airlines were only involved in two of what are considered the "20 worst plane crashes involving North American carriers." One involved a Pacific Southwest Airlines plane colliding with a private plane in 1978, while the other occurred in 1996, after a ValuJet crashed into the Everglades.

And Southwest Airlines, one of the most well known low-cost carriers, has never had fatal accident since it began operating in 1971.

To offset the low ticket prices, low-cost airlines charge passengers for everything from luggage to extra leg room.

"They don't pay as much to their crews. And it doesn't attract a higher level of experienced pilot. Doesn't mean they're not a safe pilot, it means they may have less experience," aviation analyst Les Abend told CNN.

Germanwings' CEO says there were 72 Germans, 35 Spaniards and two Americans on board the plane Tuesday. The nationalities of about 27 others are yet to be released.