Lots Of Americans Get Road Rage Where They Should Be Relaxing 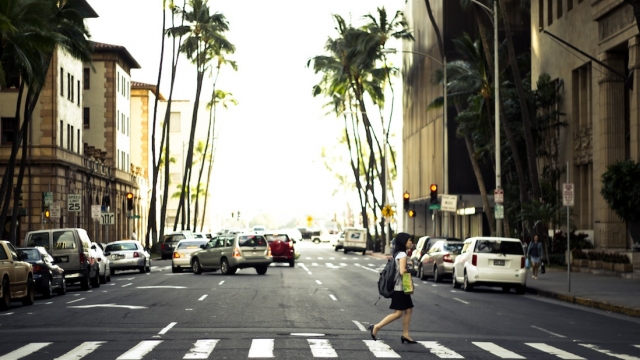 SMS
Lots Of Americans Get Road Rage Where They Should Be Relaxing
By Carter Woodiel
By Carter Woodiel
May 15, 2016
A new study charts when and where people post about their road rage on Instagram, and a top vacation destination leads the way.
SHOW TRANSCRIPT

We've all been there: sitting in the car, steaming with anger at the other drivers around us.

And a new study now shows just where and when we tend to get road rage, or at least complain about it online.

The website Auto Insurance Center took a look at roughly 65,000 Instagram posts with the hashtag #RoadRage and tried to figure out what they had in common.

As for location, Los Angeles took the top spot among U.S. cities, with New York coming in second — not much of a shocker.

On the state level, though, Hawaii came out on top, which might seem a little surprising at first. But roughly 90 percent of Hawaiians live in cities, where you're more likely to deal with troublesome drivers.

That, and Hawaii has a lot of tourists who may be unfamiliar with local roads, posing another challenge for drivers.

The study also looked at when people tend to send road rage posts. They typically peak around Friday and dip lowest on Sunday.

More broadly, road rage posts tend to increase in the summer months, with August taking the top spot, likely because that's one of the busiest months for motorists.

All this is good to keep in mind for the next time you find yourself in a stressful driving situation. Although you could also just take it easy out there.