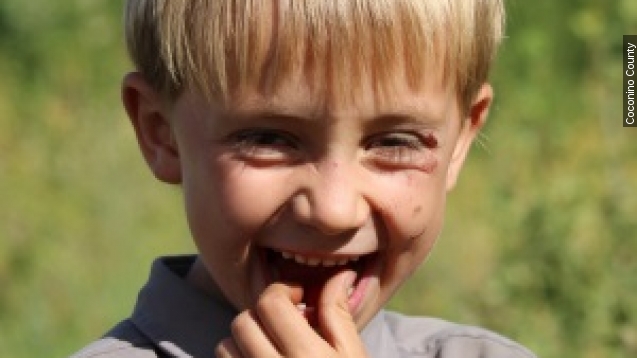 Authorities say a 5-year-old Arizona boy who walked away from his family's campsite may have wandered nearly 9 miles before dying from exposure. Jerold Williams' body was found Aug. 10 after hundreds of volunteers searched for him.

Preliminary results from the medical examiner's office seem to point to an accidental death due to environmental exposure, Coconino County said.

Jerold was camping with his parents and their friends in a national forest north of the Grand Canyon when he wandered off, chasing grasshoppers. (Video via KVOA)

Authorities think after Jerold walked off, he found a road and followed it. When he was found, he was fully clothed and didn't have any injuries. (Video via KMSB)

Heavy rains hindered the rescue effort, and authorities say it's unlikely Jerold survived the first night. The search lasted five days and four nights. A group of boys riding in a pickup spotted his body.